Should company executives be held accountable for data breaches? It is a question currently being asked in business and legal circles around the world. The threat of digital security breaches is quickly ramping upward as we hurtle forward into the age of the Internet and the computerization of just about everything.

A recent study performed by the market research company Vanson Bourne shows that there is moderate support amongst IT managers and office workers throughout the United Kingdom for holding executives accountable for meaningful data breaches. The details about the Vanson Bourne survey are as follows. Questions about cyber security and CEO accountability were asked of 250 information technology decision makers and 500 office workers throughout the United Kingdom. The responses to the survey are a clear sign that IT experts have sympathy for executives who are blindsided by a digital attack that exposes sensitive data to malicious parties. After all, modern day hackers are willing to go to great lengths to access private data. 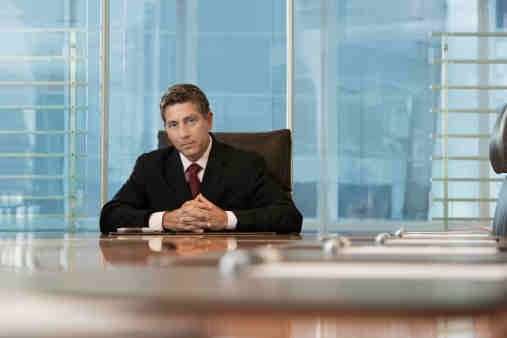 The bottom line is that cyber attacks are becoming a regular occurrence across the world. Large organizations are especially vulnerable to digital hacks. Nearly one-quarter of IT decision makers at large companies believe that their company will be hit with a cyber attack within the next three months. As these attacks continue to increase, more and more people will echo sentiments like those expressed in the above referenced VMware survey. IT departments can only do so much. In many instances, relying on outside IT security expertise is necessary to handle all of the fall out from these increasingly complex cyber attacks.

An Alternate Take on the Survey’s Results

Some will take the data provided by the Vanson Bourne study and argue that executives from the ranks of the CEO to the board of directors and C-suite should be held more accountable in the future. There is some credence to the argument, as the survey results do show that nearly one-third of IT leaders believe that executives should be held accountable. If this percentage continues to increase in the future, there will likely be a groundswell of support for penalizing executives whose organizations suffer a significant digital attack that results in a data breach.

The survey’s results also show that IT decision makers are concerned about their organizations’ ability to stay up to date with the complexities of the highly dynamic digital world. Nearly 40 percent of respondents answered that their organizations’ vulnerabilities will remain under threat, as their defenses can’t adjust quickly enough. It is no longer acceptable to be reactive when it comes to the prevention of data breaches and other digital attacks. Organizations must be proactive to safeguard their sensitive data or, eventually, executives might be held accountable for large-scale data breaches.

Allying with IT security experts is the best way to proactively protect private information. Some recommend a software-driven approach to IT that incorporates security measures into just about every aspect of the system. Executives should not hesitate to spend the time and resources necessary to train their employees on digital security matters. A whopping 55 percent of the Vanson Bourne survey respondents answered that an organization’s cyber security is indeed under threat due to employee carelessness or ignorance.

QualityIP is the trusted choice when it comes to staying ahead of the latest information technology tips, tricks, and news. Contact us at (330) 931-4141 or send us an email at info@qualityip.com for more information.