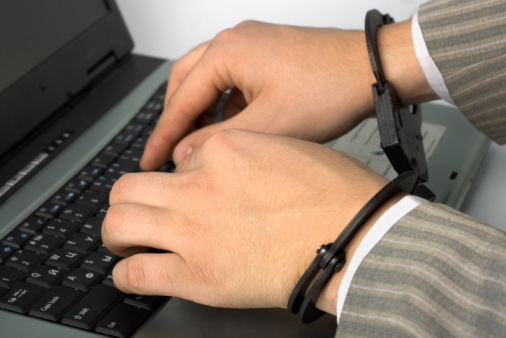 Microsoft doesn’t want the Windows market to be split into a variety of versions. At one time Windows XP, Windows 7, Windows 8 and Windows 8.1 were all being supported at once. This caused developers to choose between the best functionality and the most widely compatible version. And many users lost out on the latest features or security updates because they didn’t have the latest Windows.

Most non-corporate Windows users never buy a Windows license – they buy a PC, and the PC’s manufacturer has already paid for it. The majority of people won’t shell out more money when an upgrade is available; they only get the latest Windows when they actually buy a new PC. That leaves old versions of the software out there for years. But Windows 10 is changing that…

Last week Microsoft announced that current users of Windows 7, 8 and 8.1 will receive free upgrades to Windows 10. For now, it’s a limited offer that will last a year after release. Likewise, those new Windows 10 machines will receive upgrades for free for the entire lifetime of the device. Gone are the paid major version upgrades that Windows has offered in the past. New features and capabilities will no longer be held back until the next release of Windows, they’ll be downloadable as soon as they’re ready for the market. Microsoft is hoping that by offering this free upgrade and making it as easy as possible, they can post a stop to the fragmentation of the Windows world.

One important Windows demographic will be greatly affected by the continuously-updated new Windows: businesses. For the mission critical systems that cannot be adjusted without extensive testing and approval, Microsoft is introducing Long Term Servicing branches. These branches will be the most stable Windows versions that Microsoft has ever release.

Windows’ support is currently split into two five year periods – a Mainstream period where both feature improvements and security fixes are made, and an Extended period where only security fixes are made. The LTS branches will receive only security and critical fixes over the entire ten year support duration. The branches will be created periodically, integrating all the feature updates that have been released in the meantime.

Microsoft argues that most systems don’t need this level of immutability, so for those systems there will be the Current Branch for Business. The CBB will keep pace of consumer Windows, receiving a frequent mix of security updates and brand new features. Administrators will have the power to hold back those feature updates to enable testing without interrupting the deployment of security fixes. Windows 10 systems will have the capability to switch between CBB and LTS.

The licensing complications for corporate users are a little vaster than those for personal users. Companies using regular Windows or Windows Pro will be eligible for the free upgrade. For them hardware will ship with an OEM license, and that will keep them up-to-date for as long as they have the hardware. Any organization with a current Software Assurance agreement will be eligible for the free upgrade – it’s a major advantage of having a current Software Assurance agreement. There are some footnotes, though: if the agreement expires on June 30 and Windows 10 is released on July 1st, there is no right to upgrade.

Clarification on any other situations is still forthcoming from Microsoft. Overall, the changes seem overwhelmingly positive for small businesses and personal users – Software Assurance customers won’t even notice a change. Still, some users will fall between the cracks, and the solutions for their issues remain unclear.

For more of the latest technology news contact us immediately by phone or email.

5 Locations Providing IT Support Across The U.S.